Deb finished work an hour early and took the bus to meet me in Sidney.  It was a beautiful afternoon so we steamed out into the channel but our wind died before we had a chance to get the sails up so we steamed all the way to Montague.

Montague is really starting to pick up and it was packed full of boats so we were lucky to get one of the last mooring buoys available.

We were both a little tired from a long week and there wasn’t much love in the evening so we turned in early.  Next day we went for a hike and enjoyed brunch on the patio at Montague Harbour.  The cafe there is running in full swing and everyone seemed to be rather relaxed in the summer heat.  Deb caught the ferry back to Victoria and I stuck around to relax, eat and drink on the patio.  Ah…  Life’s good… 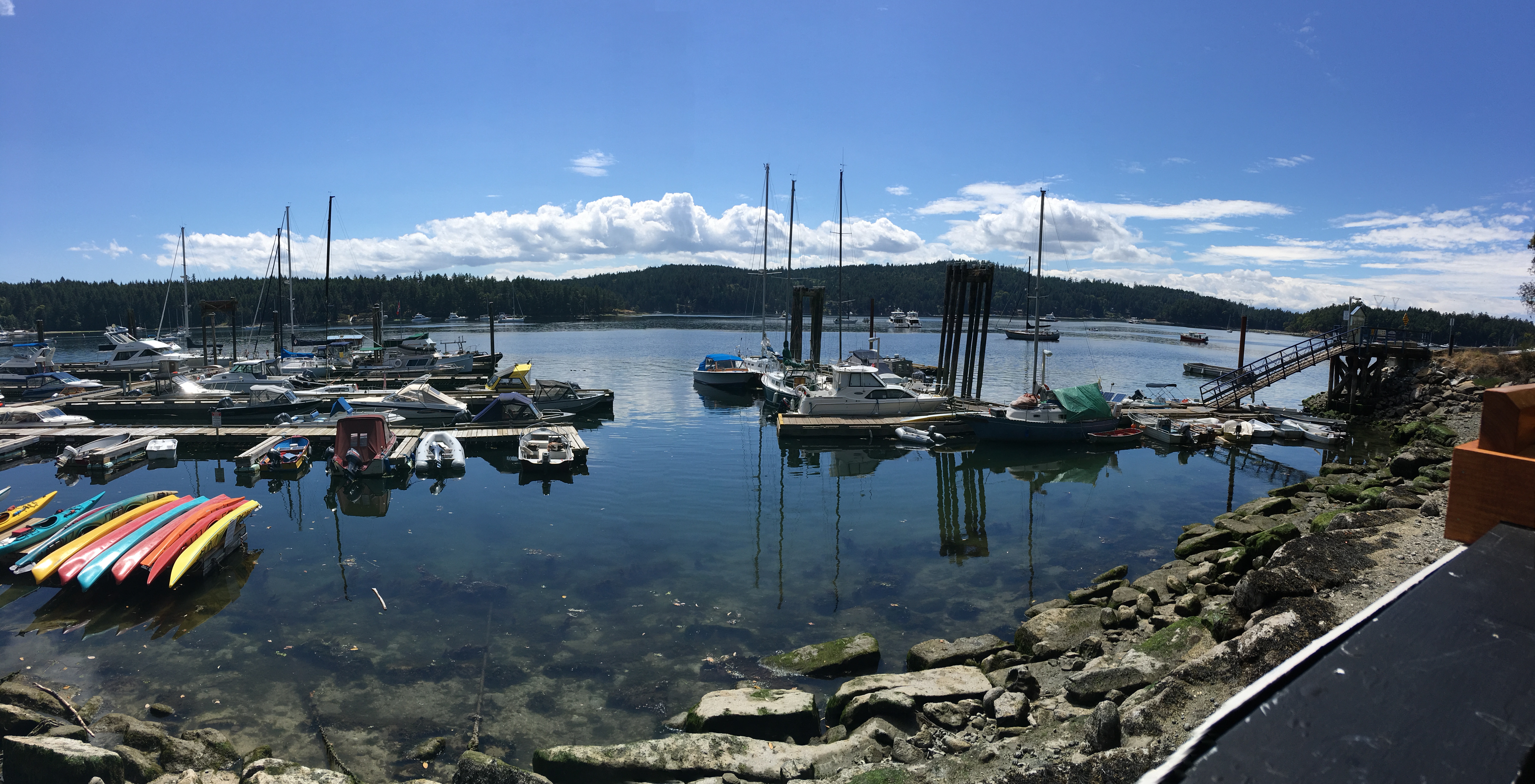 There was a beautiful sunset that evening and I was located so that I could watch it drop down between a break in the trees where the lagoon is.  Absolutely breathtaking.

Next day I decided to head back to Sidney.  There was some nice wind so I was able to sail for a good part of it… always a bonus. 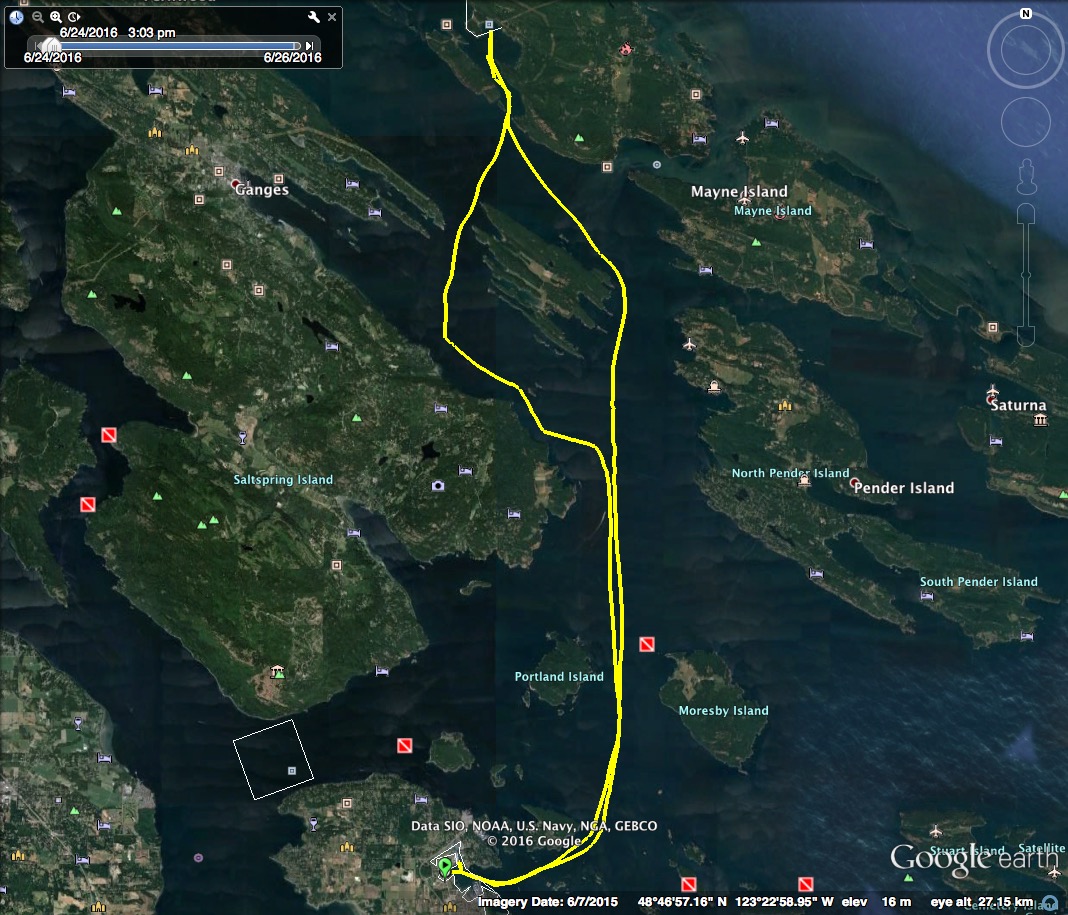 I’ve spent the past few weeks on the road; Cleveland in late May and back home to central Newfoundland for a troutin’ trip in early June.  I always enjoy being on the road for short trips but am always very happy to get home and back into the west coast life.  Now that I’m home I’m itching to get back out on the water for a night.  Most of the trips this past spring have been to Ganges and/or Montague.  Time to switch it up a little.

I slept on the boat in Sidney and Deb caught the bus out to meet me at the marina.  We cast off and motored out of the harbour and past the southern tip of Moresby Island.  Then we caught pretty good winds so we put the sails up and sailed for a short while.  Then we dropped the sails and made our way to Winter Cove on Saturna Island.  Winter Cove was the first place I spent a night on a sailboat back in the heyday of the 90’s with the “Wireless Cruise” (an annual trip of a group of wireless companies in Vancouver).  Returning here brought back some good memories.  Winter cove is a little tricky to enter due to the shoals outside the mouth of the harbour but it’s a well protected little anchorage.  There were only a couple of boats in the anchorage so we anchored next to the park and settled in for an evening with drinks and beautiful sunsets.

We woke up to a grey morning and had a bit of rain off and on during the morning.  When we opened the curtains to look outside we were greeted by a sea otter sitting on the inflatable.

We watched him/her for a while and noticed it was munching on something.  I went up to check it out and sure enough the inflatable was filled with old crab legs and shells.  Guess it was a comfortable place to spend the night eating seafood.  We relaxed for the morning and watched the otter swimming around and when the skies lightened up a little we went out for a hike in the park.  There is a narrow passage called Boat Passage where the current gets very high during the ebb and flood which apparently the rum runners used to escape the authorities back in the early 1900’s.  We hiked to the passage to check it out and enjoyed a very scenic walk back to the landing.

We got back to the boat, had lunch and decided to check out the current in Boat Passage.  Only a few hours had passed but the current was flowing pretty good which made for a bit of fun on this Saturday afternoon.  We had a BBQ and a few drinks and hit the sack as we were both pooped from a great day.

We woke up early, had breakfast and set out by 09:30.  It was a good steam back to the marina and we saw a few porpoises.